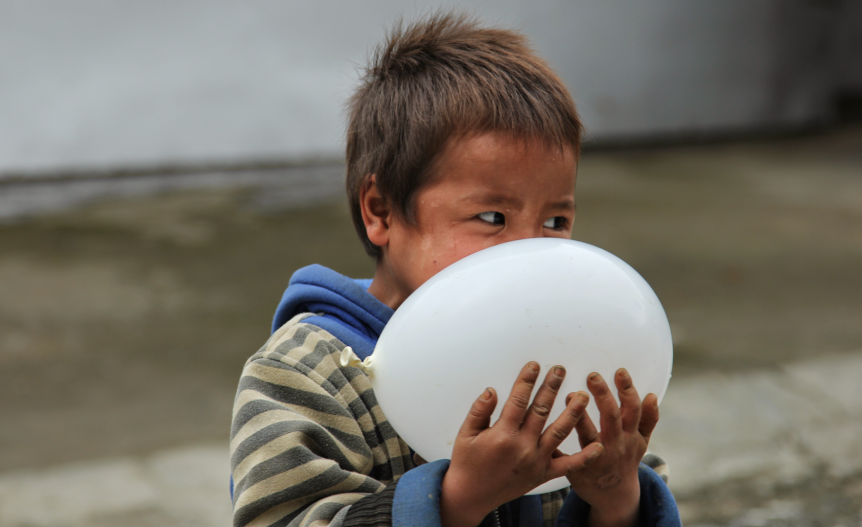 There were 200 people attending a seminar on mental and physical health. At one point, the speaker told the group they were going to do an activity. He gave each attendee one balloon and told them to write their name on it. Then, the balloons were collected and moved into a very small room.

The participants were then asked to go into the other room and were given 2 minutes to find their balloon.

It was chaos. People were searching frantically for their balloon, pushing each other and running into one another while they grabbed a balloon, looked at it, and inevitably tossed it to the side.

At the end of the 2 minutes, no one had found the balloon that had their name on it.

Then, the speaker asked the participants to go back in the room and pick up one balloon at random, look at the name, and return it to its owner. Within minutes, everyone had been reunited with their original balloon.

The speaker then told the group, “This is what it’s like when people are frantically searching for their own happiness in life. People push others aside to get the things that they want that they believe will bring them happiness. However, our happiness actually lies in helping other people and working together as a community.”

How have you been helpful to others lately?