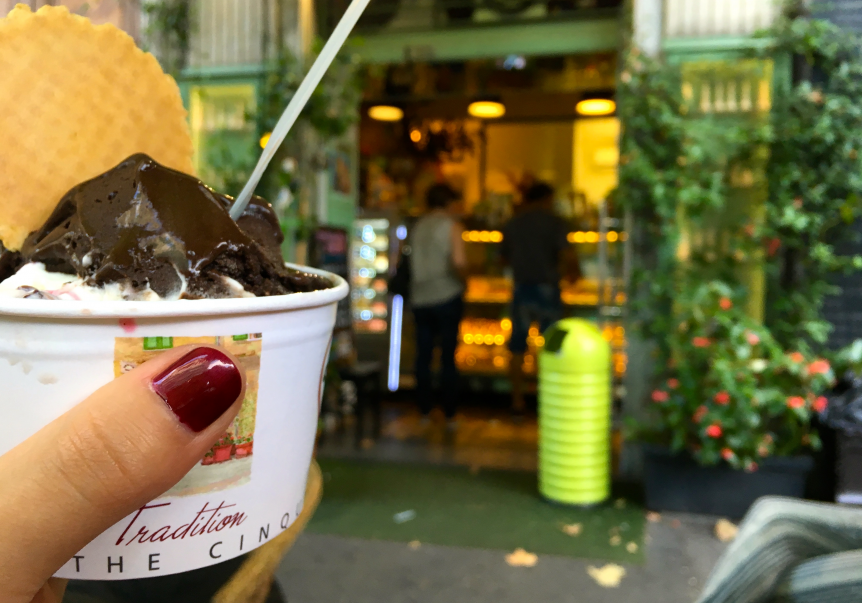 “In the days when an ice cream sundae cost much less, a 10-year-old boy entered a hotel coffee shop and sat at a table. A waitress put a glass of water in front of him.

‘How much is an ice cream sundae?’

The little boy pulled his hand out of his pocket and studied a number of coins in it.

‘How much is a dish of plain ice cream?’ he inquired. Some people were now waiting for a table and the waitress was a bit impatient.

The little boy again counted the coins. ‘I’ll have the plain ice cream,’ he said.

When the waitress came back, she began wiping down the table and then swallowed hard at what she saw.

There, placed neatly beside the empty dish, were 15 cents – her tip.”

When and what was your last random act of kindness?

How could you be kinder in tough situations?